The documentation includes a proposed extension of the existing tram line Hlubočepy-Sídliště Barrandov that was opened in November 2003. The proposed extension connects to the existing stop Sídliště Barrandov and continues in the south-western direction on the axis of the planned street area. It will have a length of approximately 1.5 km and include a total of 3 stops with working names Kaskády, Holyně and Slivenec. The extension will be ended with a new tramway loop Slivenec between Holyně and Slivenec.
The new line is led mainly outside the existing built-up area behind the present end of the Barrandov housing estate. The extended tram line will, like the existing line, form the backbone of public transport services in the given area. In the first stage it will serve the existing Barrandov housing estate, the Kaskády housing complex, the existing built-up area in Holyně and Slivence. With the help of connecting bus transport, a wider area will be also served. The main benefit of the tram line construction will be an increased quality of transport services in the area. 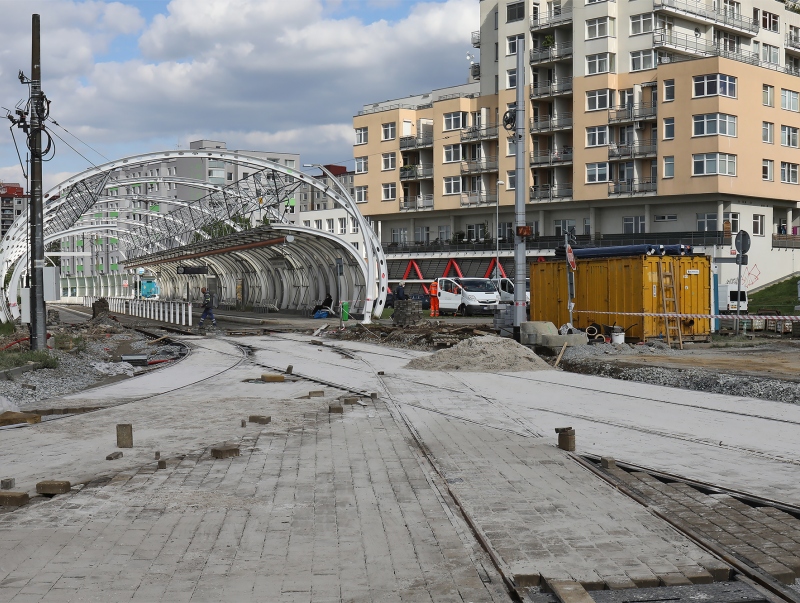 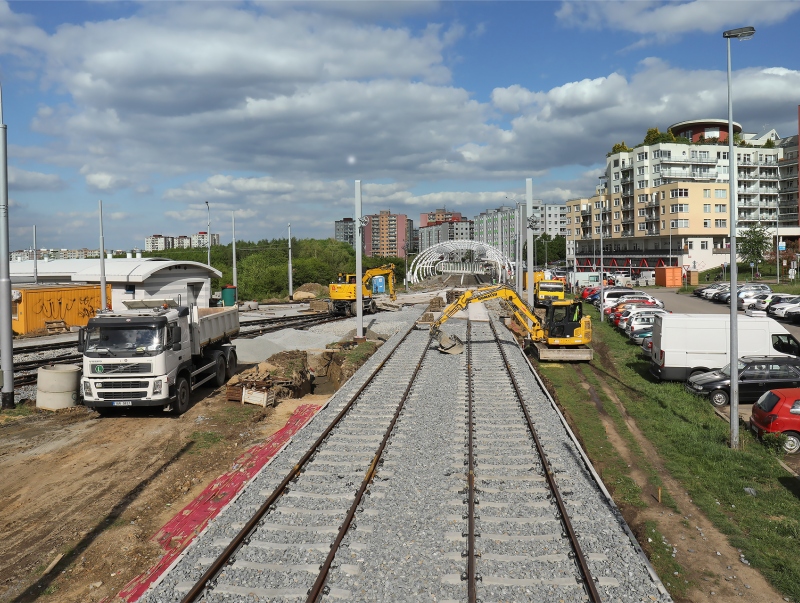 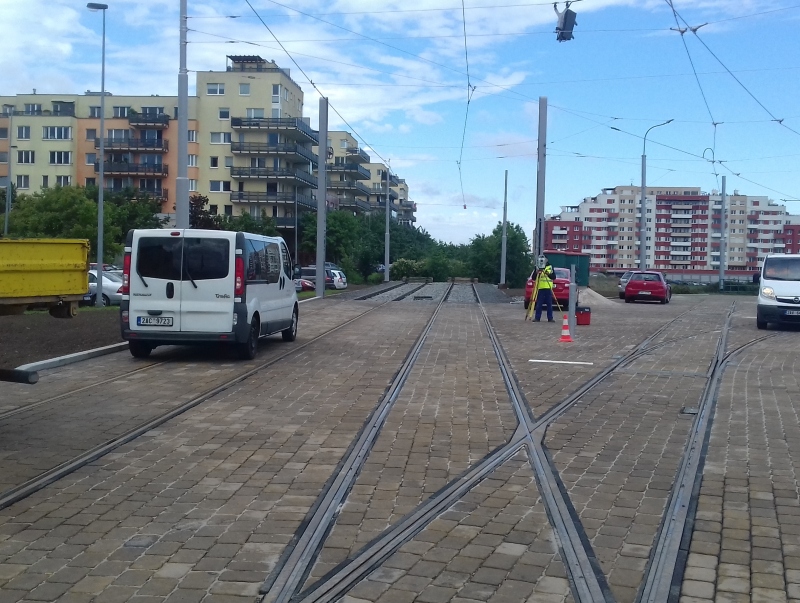 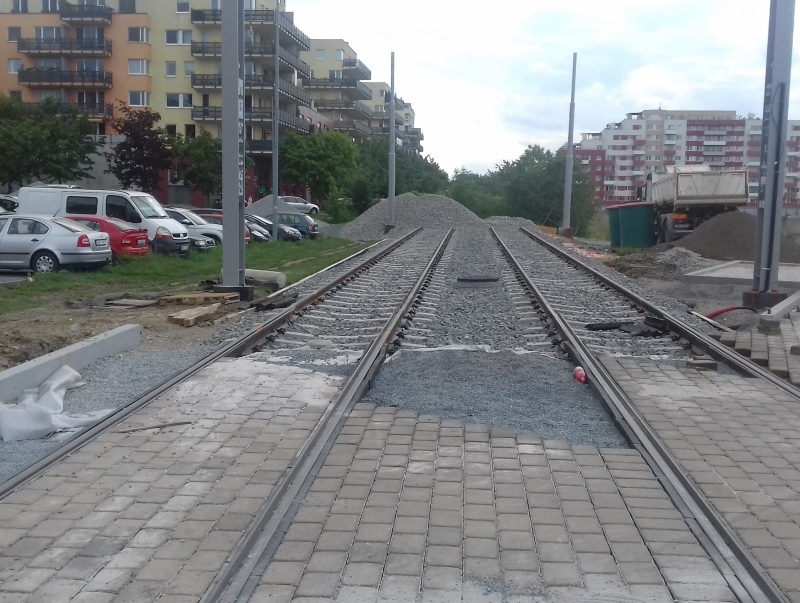 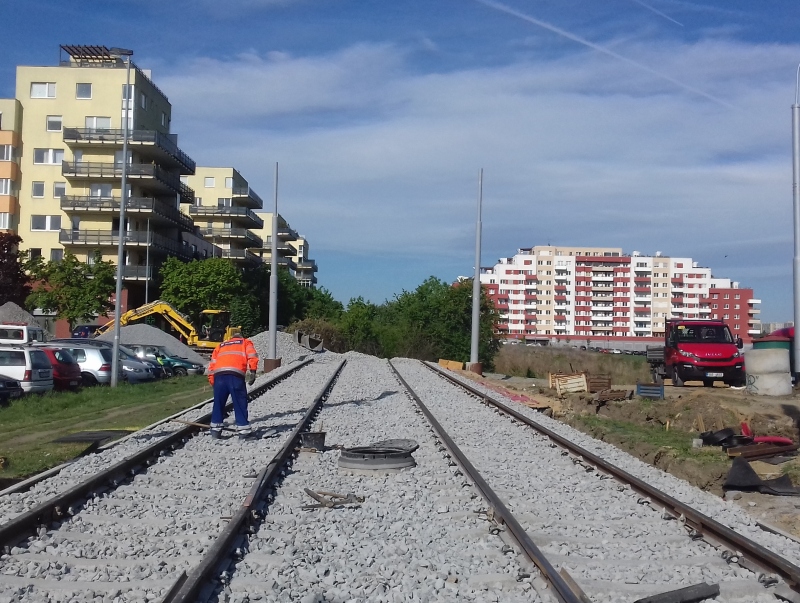 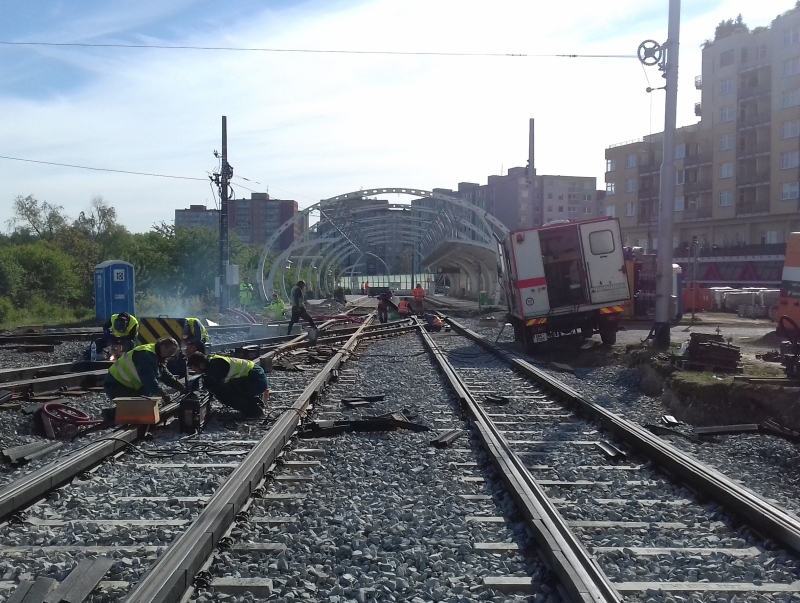 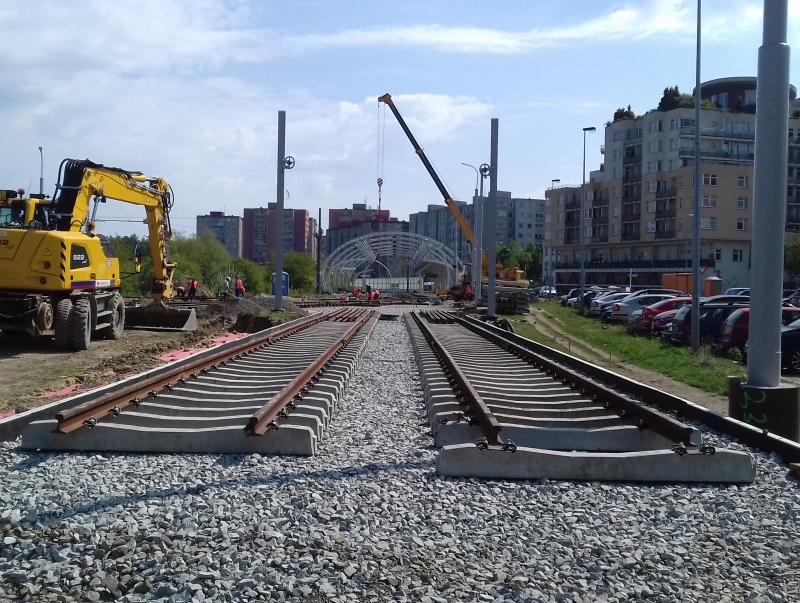 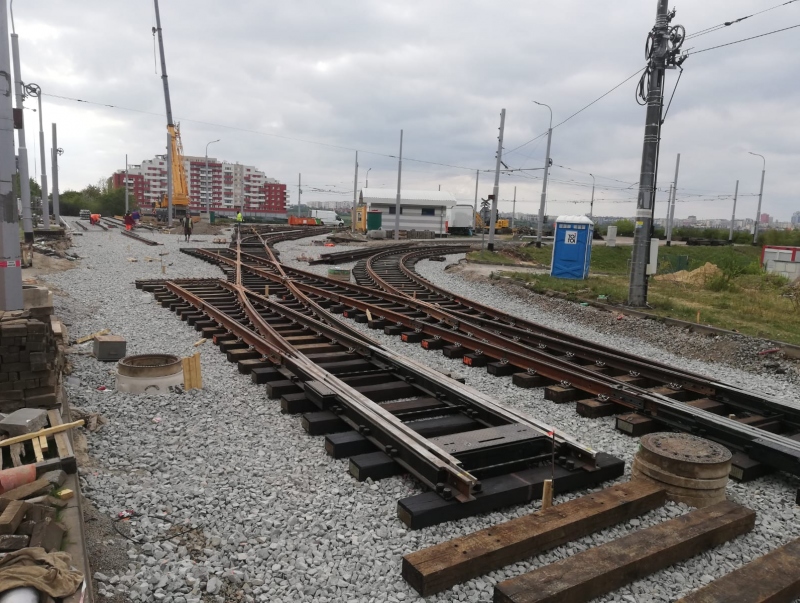 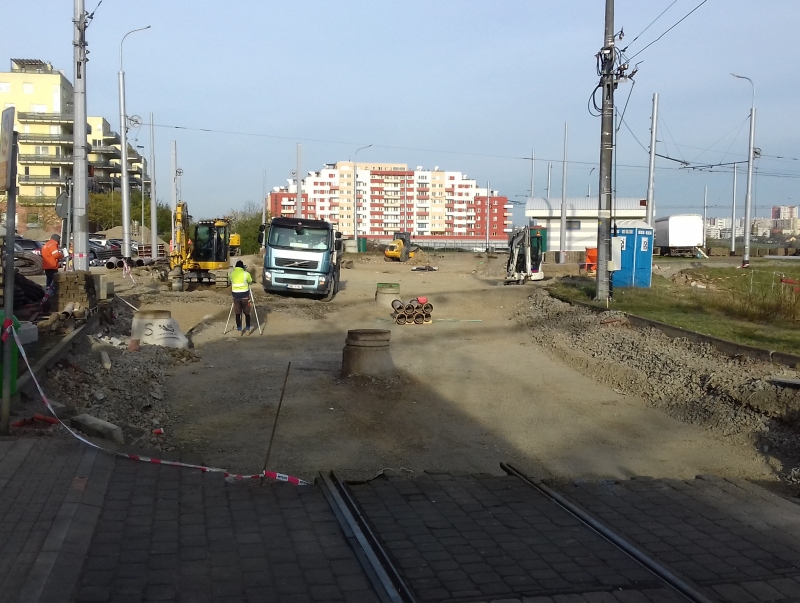 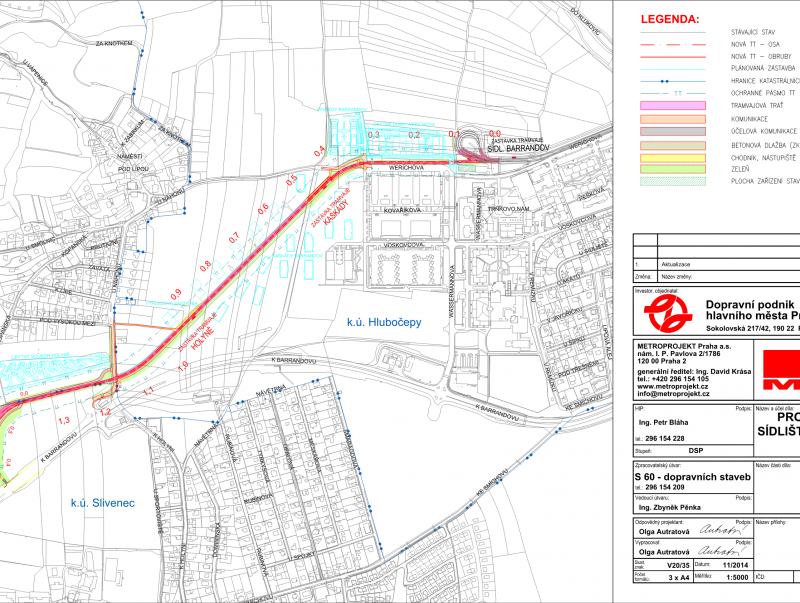 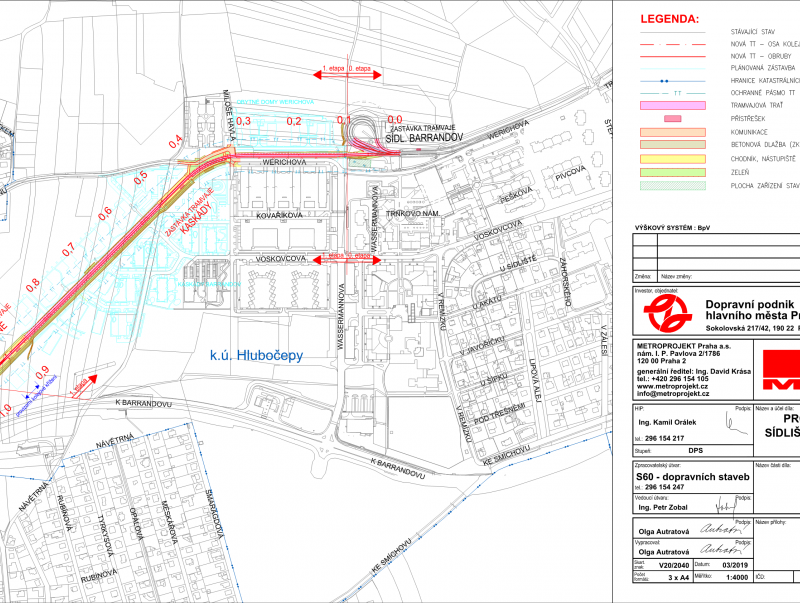 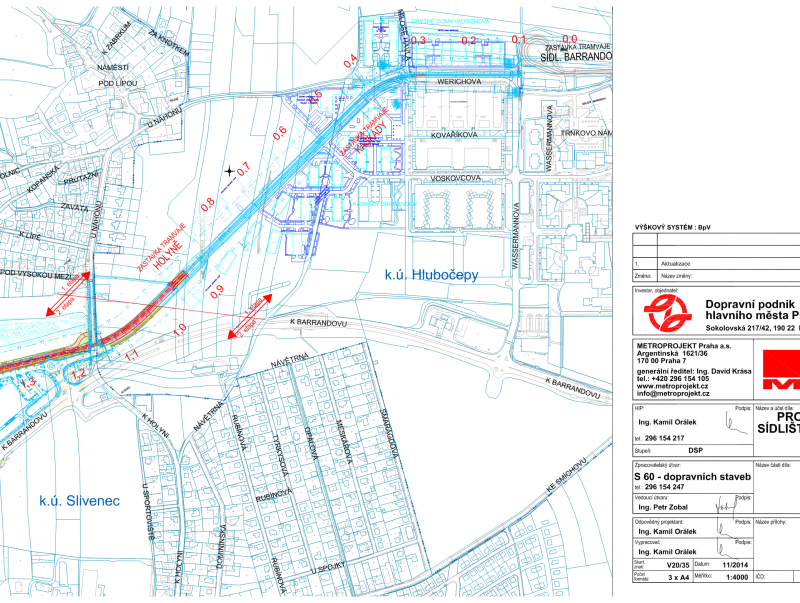 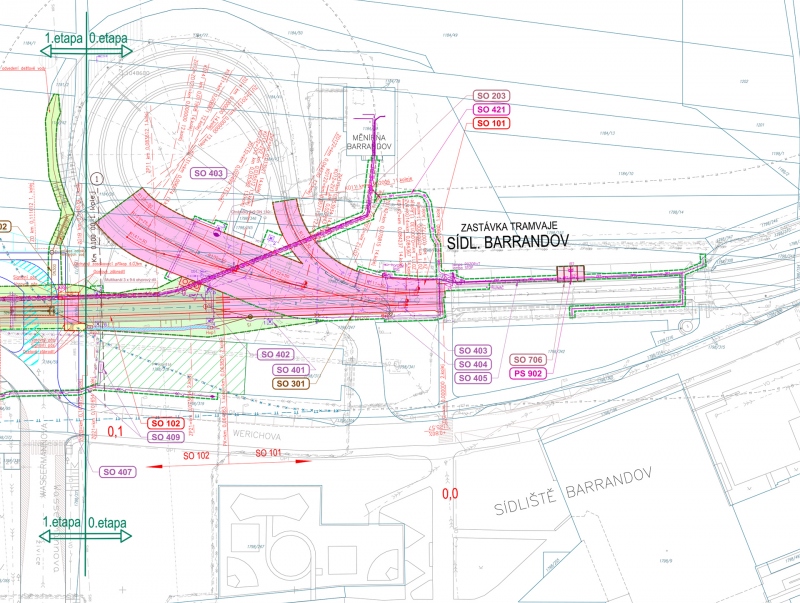