The length of the reconstructed tram line is 325 m. Originally, it was a double track with the third handling track between the entrance and exit of the depot. Track was built of large panels with block rail on sleepers in ballasted trackbed and housing of large tiles. Newly, the track is made on sleepers in ballasted trackbed. The surface is asphalt, two layers of mastic asphalt were reinforced by geogrid, and hard natural road asphalt with addition of Gilsonite was used in the most highly stressed points. Large tiles has been preserved only at the entrance and exit of the depot in the rails across the road as it was required by the City Hall Heritage Department.

The axial distance of rails was extended to 3.50 m for two-way traffic of buses on the tram line. At the beginning and end of the section are the rails connected to the existing axial distance in the switches of rail triangles. At the depot entry in the main line the directional curve is used, with a radius of 150 m, in which the switch of the same radius allowing a speed of 30 km / h was inserted. Its direct branch and the subsequent directional curve with the transition ensure the entrance to the depot. Rail unravel in front of the depot has been simplified; the middle handling track has been removed.

Tram stop Vozovna Střešovice has been put into operation for both tram and buses operation in both directions. Access to the platforms has been adopted for disabled people. Both platforms have been equipped with shelters and a ticket vending machine in the direction to the centre. Tram stop in the direction to the centre was shifted closer to the intersection with Cukrovarnicka and a pedestrian crossing was established in the whole range of communication, crossing provides also access to both platforms. The crossing across the north road has left unrepaired, the roadway has been narrowed by traffic signs to one lane in the crossing across the southern road. It is a provisional solution until the end of reconstruction of roads and pavements and the establishment of traffic lights of the entire intersection. 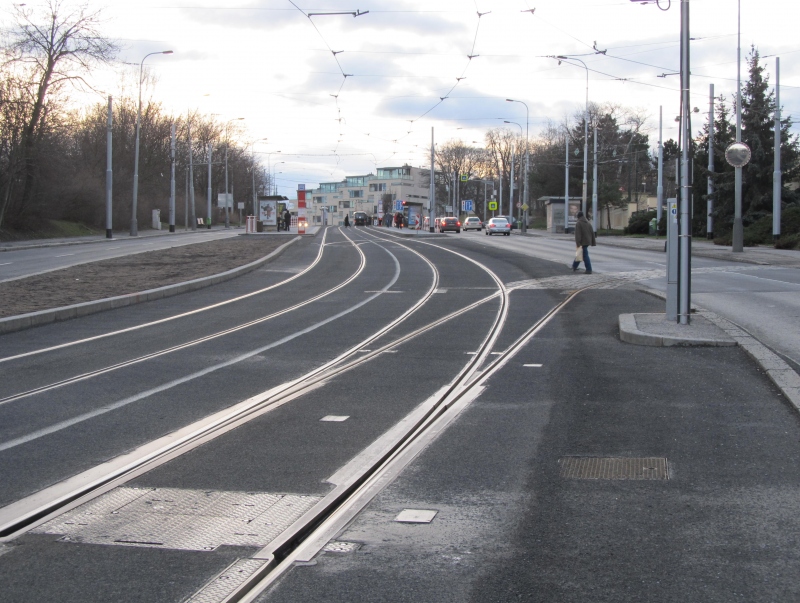 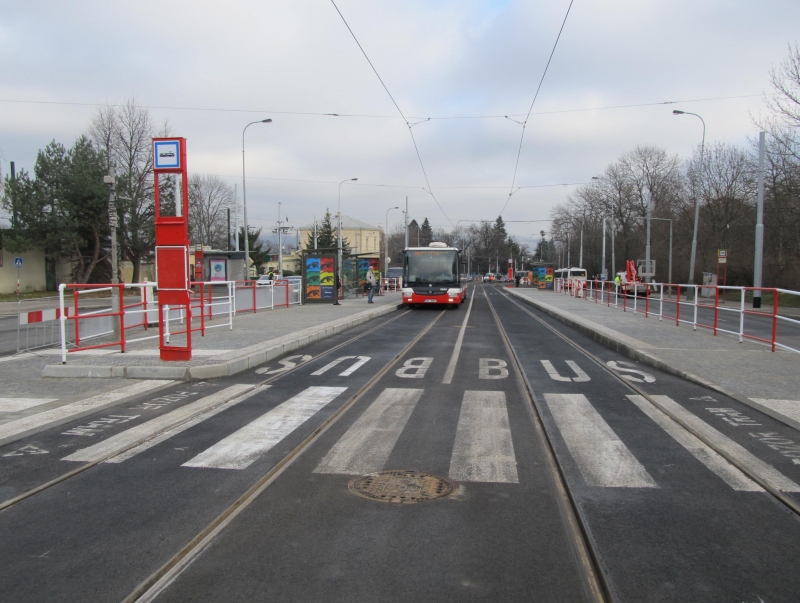