The aim of the project was an adjustment of the trolley line in streets Rašínovo nábřeží - Podolské nábřeží - Modřanská in the section from the intersection Libušina - Rašínovo nábřeží behind the intersection Modřanská - Branická (in the area of the tram stop Přístaviště). Adjustments were not made in the area of tunnel Vyšehradský where reconstruction had taken place before.

The embankment in Podolí is a major riverfront road, with a strong rail and non rail transport; it connects town quarters Braník and Modřany to the city center. From Vyšehrad tunnel towards the center the communication is extended to four-lane road with tram body in the center. From the tram stop Přístaviště the tram line in the direction from the center passes to a separate body lying between the road and the Vltava.
The tram line was reconstructed in two stages. The first one included a section from the intersection Rašínovo Embankment - Vnislavova, where it was attached to the track repaired in 2004, to Vyšehrad tunnel. The second part of the reconstruction proceeded in the section from Vyšehrad tunnel to the tram stop Přístaviště. Vyšehrad tunnel itself, where the repair was made in 2008, has been left in its original condition.
The length of the reconstructed field in the direction from the center was in front of the tunnel 225 meters and behind the tunnel 2700 meters. In places of the entrance and exit to the tram turning places „Podolská vodárna“ and "Dvorce” only the exchanges of rail constructions in tram line body including switches have been performed, the turning place has been also left in the current state.
The existing tram line construction was laid on large panels in whole section except of rail crossings. The rails in rail structures were attached to the transverse sleepers with cover from large stone tiles. The BKV large panels were replaced by a construction on a concrete slab with a W-tram mounting rail system and bituminous cover in the section from Výtoň to the intersection with the street Podolská. From this intersection to the tram stop "Přístaviště", the lateral concrete sleepers were fitted instead of panels with exception of the rail crossings, where wooden sleepers were used.
The rail superstructure of the tram body is open. Flat-bottom rails S49 were used in the sections with open rail beds. The rails on the crossings were equipped with additional profile forming a groove for the tram wheel. Grooved web rails NT1 were used in the rail structures, in the arches with a smaller radius and in the section with W-tram system. Transverse crossings across the tram body have bituminous cover.
The part of this operation was also the reconstruction of tram stops "Podolská plovárna", "Kublov" and "Dvorce". Only the platform from the center was reconstructed at the tram stop “Přístaviště“. Tram stops were raised and equipped with a protective railing. In order to improve the travelling comfort, the starting edge was extended and the barrier-free access furnished with elements for the blind and visually impaired was set up. The platforms were equipped with information markers that inform passengers about the arrival time of the next tram. The tram stop surface is bituminous; only on the platform "Přístaviště" the cantilever plates were used, these cantilever plates are used on platforms of railway constructions (type SUDOP). Thus a new platform with a height of 24 cm of platform edge with anti-slip surface was created; yellow warning strip is placed at a distance of 80 cm from the edge.
As a part of this reconstruction, four combined lighting poles and overhead lines, which were already in disrepair, were also replaced. These new poles have been fitted with the superstructure of public lighting, so the original design has remained. At the same time, the exchange of electric heating switches was made.
The complete reconstruction of the tram line on the embankment Podolí has significantly increased safety and comfort of operation in this area. Geometrical parameters of rails have been improved; this allows easier and safer ride. The use of rubber damping elements in the sections with closed rail superstructure (with a bituminous surface) allowed significant reducing the noise caused by the tram operation. Passenger comfort was improved with help of tram stops adjustment – wheelchair accesses, components for the visually impaired and blind were supplemented and first of all, the platform edge was raised.
The implementation of this project was run under a full closure of tram operation. Trams were fully replaced by bus transport which worked as a shuttle between Modřany and Výtoň where in Svobodova Street; the change for tram was possible. 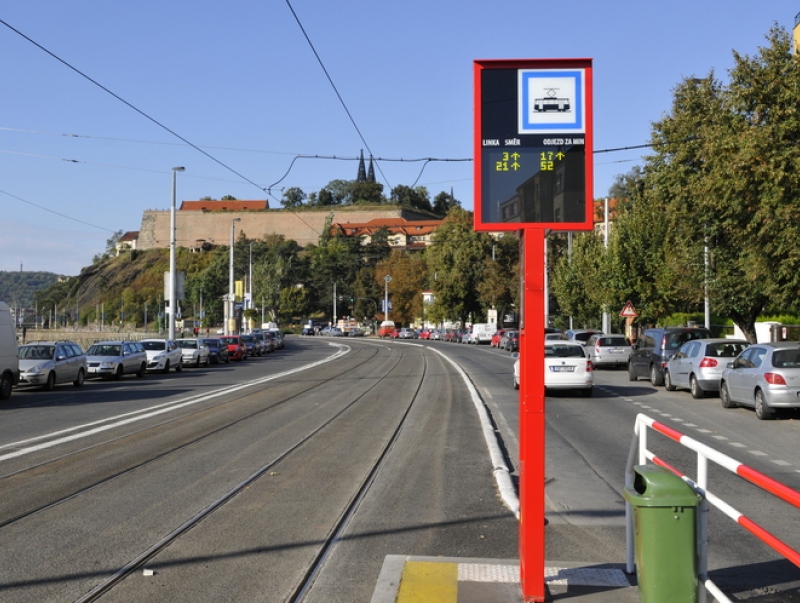 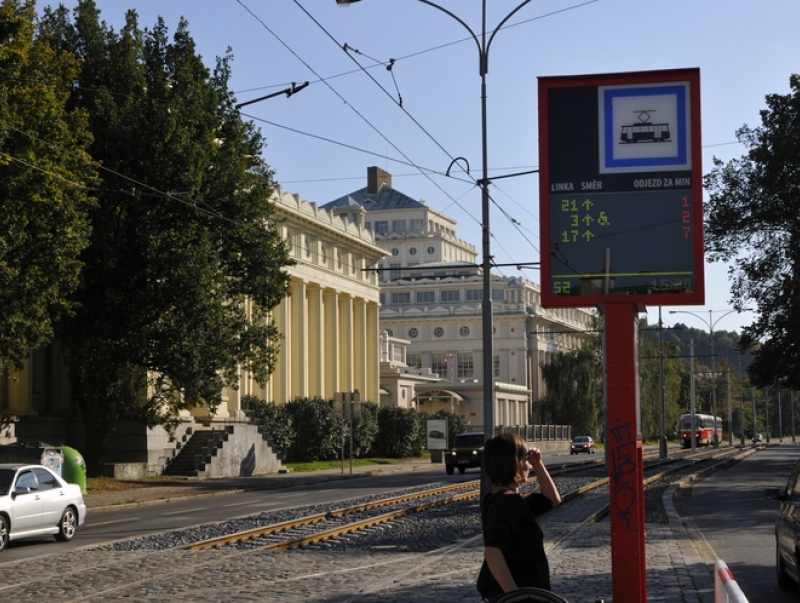 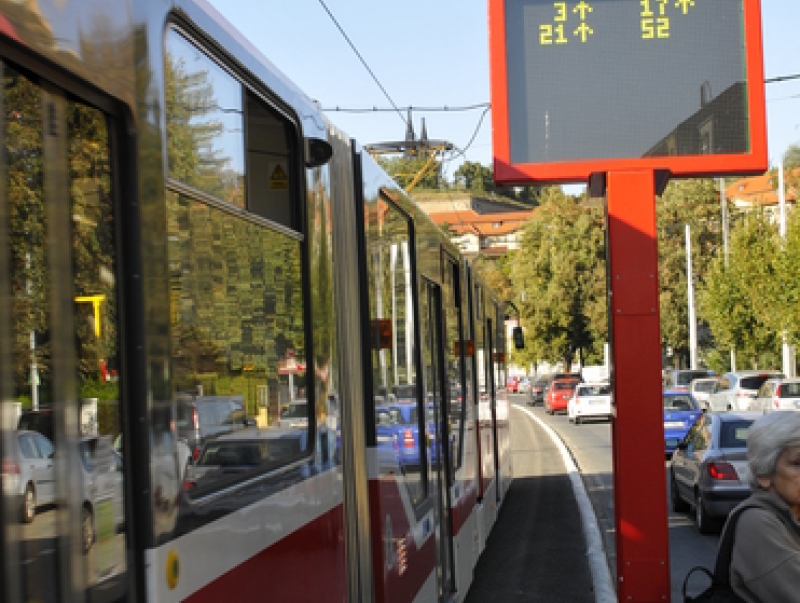 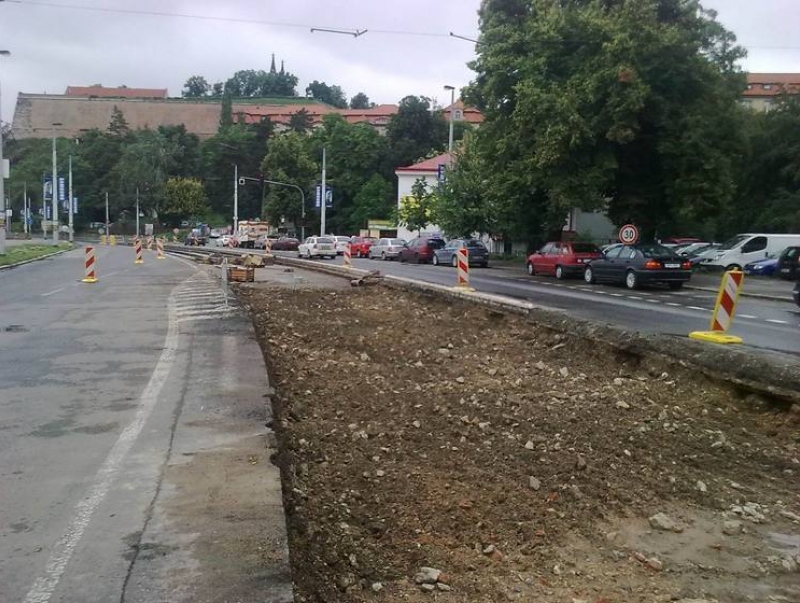 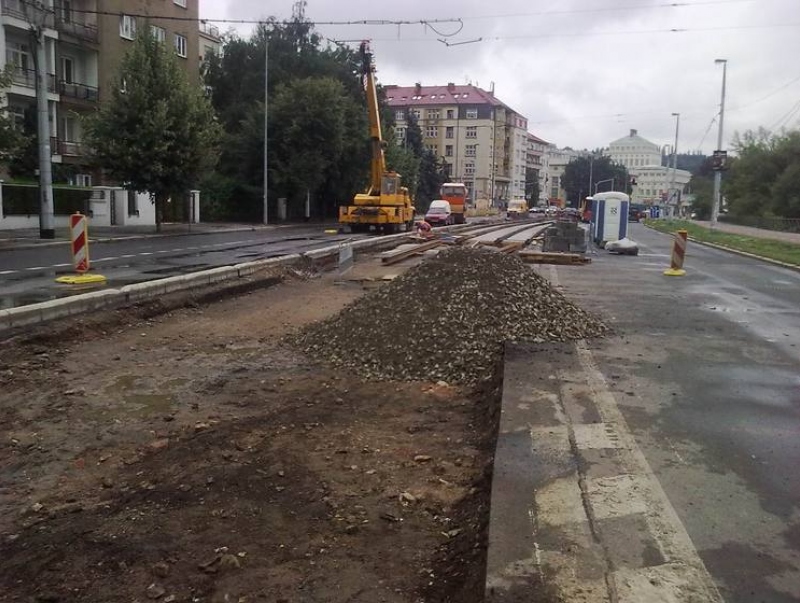 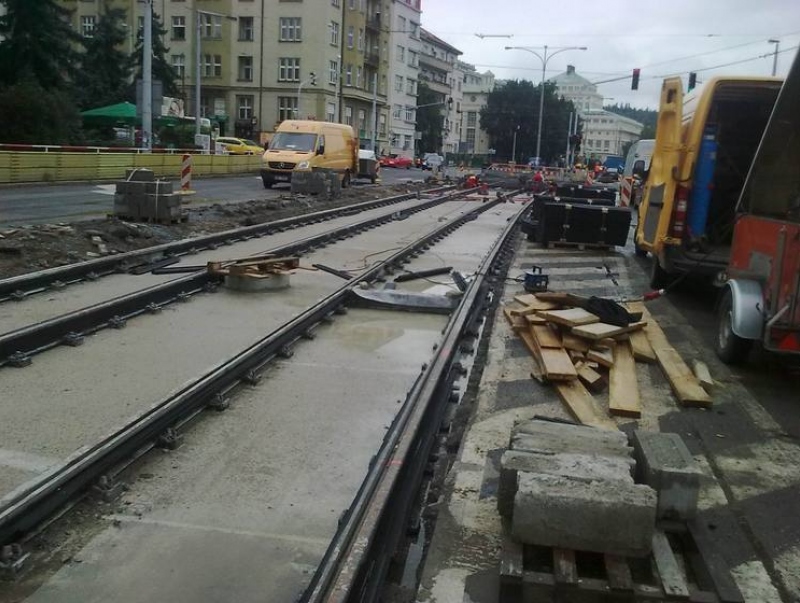 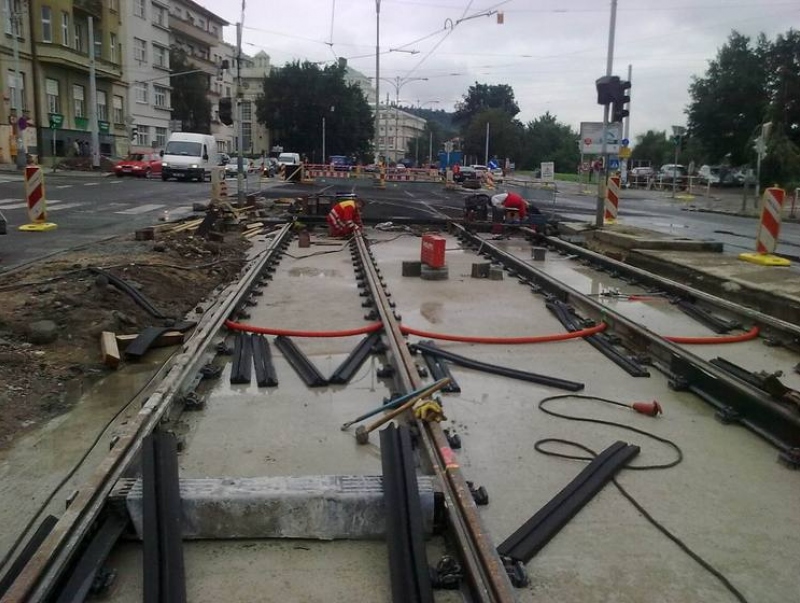 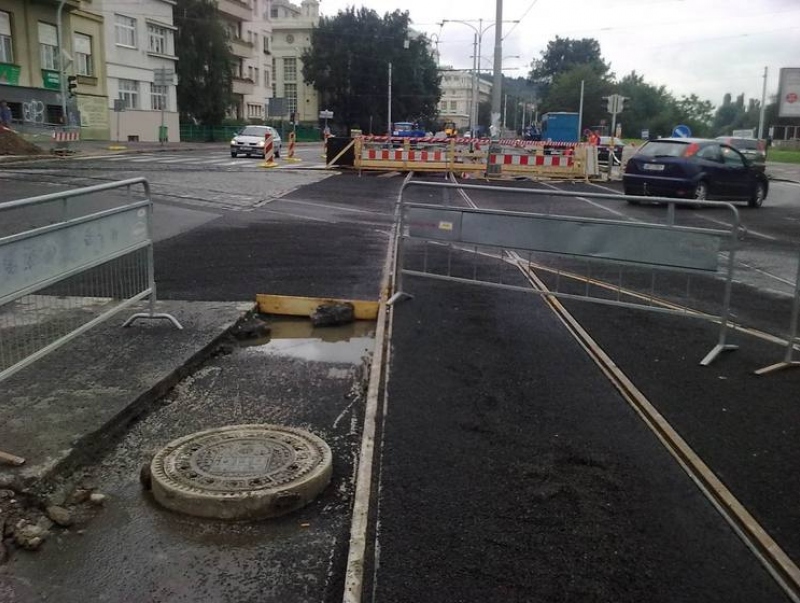 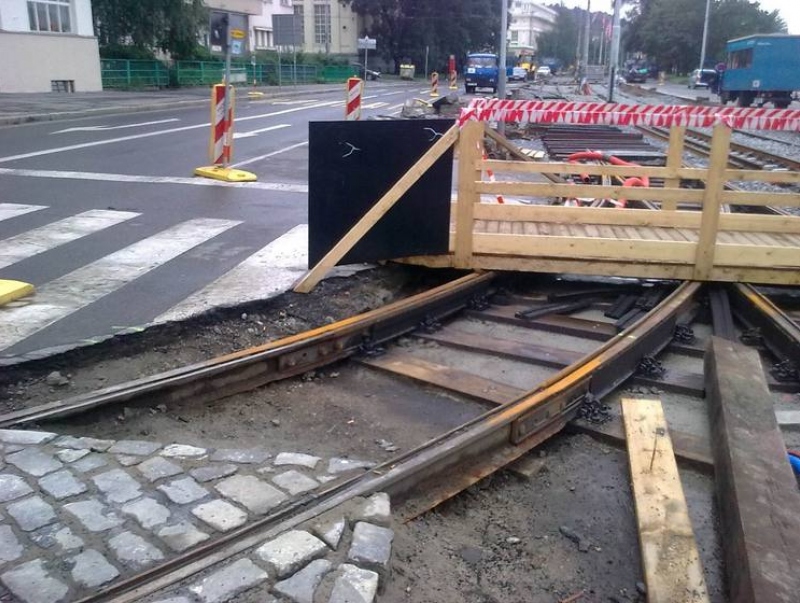 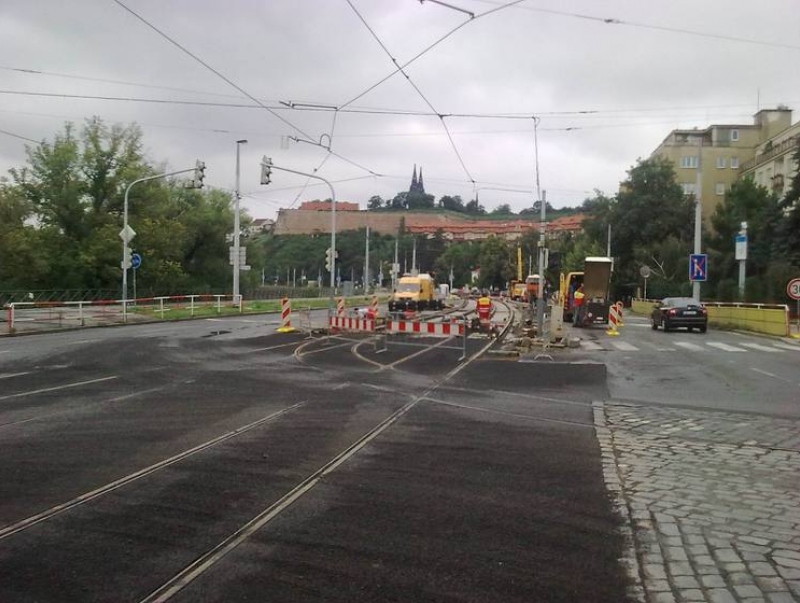 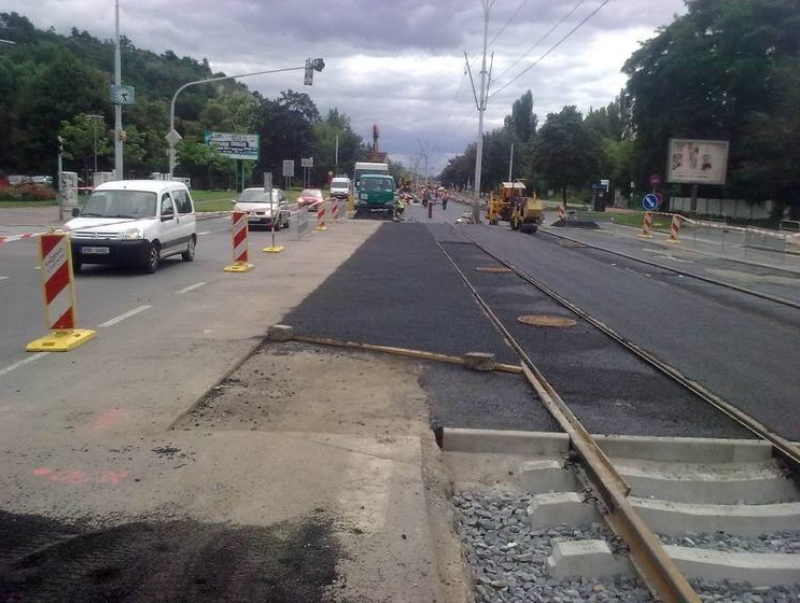 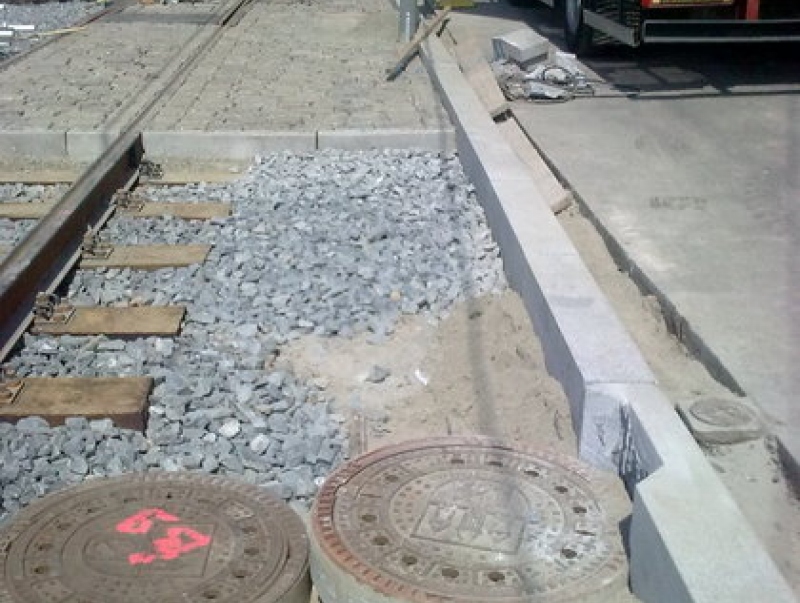 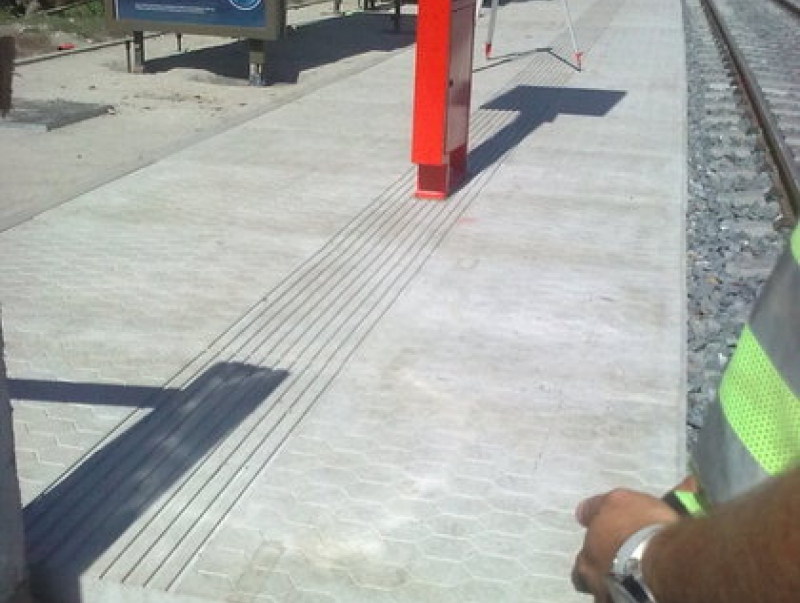 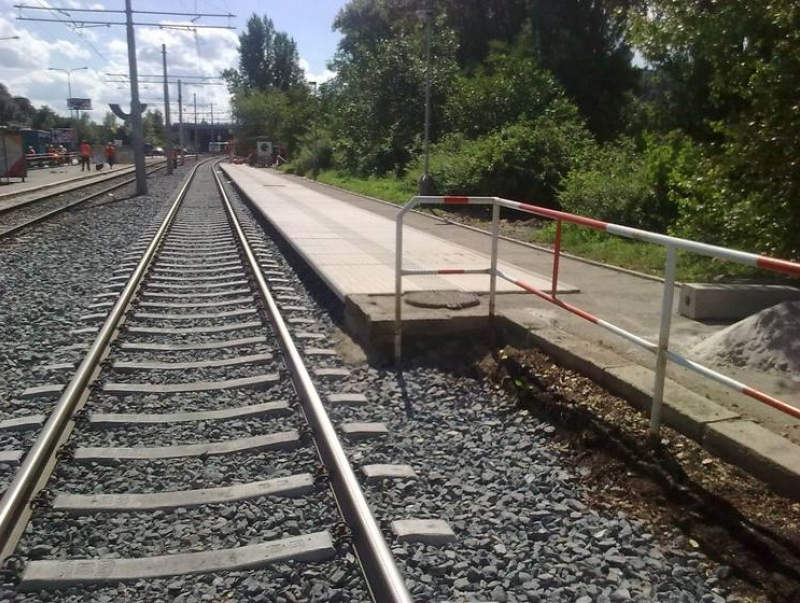